* In case of any delay in receiving the OTP, you may verify it later. Please proceed without verification.

Enter your City name or Pincode

Ajnala is a very important town located in Amritsar District of Punjab state. It is headquarter of Ajnala Tehsil and is also one of the 11 assembly constituencies in Amritsar District. The town is also located just 26 kms is from holy city of Amritsar. The town has witnesses some of the gory incidents of 1857 rebellion and has fair share in the history of Punjab. 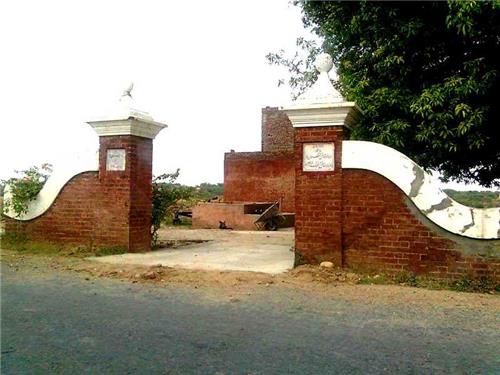 Very recently remains of Indian soldiers dating back to 1857 has been dug out from Ajnala. The place is called ‘Kalian Wala Khu’, located near Shaheed Ganj Gurdwara. This well could have been like any other ordinary well of our country, but events of historical year 1857 changed the status and fortunes of this well forever. We all know that in year 1857 patriotic fervor had literally swept all across India, as a result of which many regions in our country had staged mutiny against Britishers. Inspired by this very patriotic fervor was 26th Native Infantry Regiment, which was stationed in Lahore city, now in Pakistan. The story goes that in bid to quell all possibilities of mutiny Britishers had completely disarmed 26th Native Infantry Regiment and kept them under surveillance. However, officer named Parkash Pandey killed a British major, this assignation then turned into a full blown mutiny. Galvanizing the regiment to march to capital Amritsar with their limited weapons, but were halted and disarmed at Ajnala town, where they were brutally killed by then Amritsar commissioner Fredric Cooper. All dead bodies of arm forces were then thrown in one of the local wells in Ajnala town. This well was later popularly known as ‘Kalian Wala Khu’, meaning black well. Last year, i.e. in 2014, few local people took it on themselves to dig up this well, so that they can excavate skeletons of all these great freedom fighters. Thanks to their noble cause skeletons of many freedom fighters were successfully excavated. The idea behind by excavation was to remind local people about great sacrifices that their ancestors have made to achieve freedom for this great.

Ajnala has a very mixed economy. The economy of this city is largely dependent on service, agriculture and industrial sectors. However, years of unabated urbanization has certainly put service and industrial sector in driving seat, while agricultural sector has lost bit of sheen. However, Ajnala being a small town, size of all these sectors is comparatively very minuscule. Talking first about Service Sector, then Ajnala minuscule service sector is dominated by all those typical players that usually drive economy of big urban cities. Like banking industry, healthcare industry, hospitality industry, Retail industry and huge pool of self employed people. Each of these specified sectors generate huge employment and revenue for local economy. As for industrial sector is concerned, then quite a few small scale factories as well as medium scale factories operate in and around Ajnala town. Most of them belong to agro based industries. These agro based factories clearly demonstrate the influence that agricultural sector continues to have on local economy. Speaking more about influence, then by virtue of employment generation many industries & factories operating in and around Amritsar city also have huge influence on Ajnala’s ecsonomy.

Ajnala is a bustling urban town and enjoys presence of good number of well equipped hospitals. These well-equipped hospitals every year successfully cure thousands of patients suffering from general as well as life threatening diseases. Invariably ensuring that overall health of this town always remains absolutely robust and efficient. Besides these well-equipped local hospitals, Ajnala’s patients also have choice of availing services of many multi specialty and super specialty hospitals operating in capital city of Amritsar. Actually Amritsar’s advanced hospitals have always been a great lifesaver for patients of Ajnala town. And even today they continue to play critical role for local patients. Now coming to basic services like chemist shops and general clinics, then this town has abundance of them. There overwhelming presence is again vindication of just self sufficient Ajnala town has become in healthcare services.

Ajnala enjoys presence of many banks and its services can be easily compared to any big urban city. Putting it in sheer numbers, then today as many as 18 reputed banks are operating their branches in and around Ajnala town. With overwhelming presence of so many banks, citizens enjoy all types of modern banking facilities including unprecedented access to personal as well as commercial loans.
Also there is no dearth of ATM’s in this town.


Safety and Security in Ajnala

Just like rest of Punjab, even Ajnala town enjoys very stable law and order. Ordinary citizens, business men, commercial institutions or whosoever reside in this town live their day to day lives without any fear whatsoever. There is also local police station in the town for ensuring that law and order does always stay in control. This police station discharges all those typical responsibilities that is expected from a police station. Registering complaints, arresting people who pose serious threat to law and order, taking preventative measures just before festivals, elections etc.

Ajnala is well connected to many of the important cities and towns of Punjab via state run buses. A big bus terminal operates in heart of the town, from where state buses to towns like Gurdaspur, Pathankot and Amritsar, Ramdas, Bhindian and Chogawan are available all throughout the day. Ajnala, however, town does not have a railway station, but absence of railway station hardly makes any major difference as such. That’s because Amritsar Railway Junction is located just 24 kms away from Ajnala town. Proximity to Amritsar Railway Station means that Ajnala’s citizens can easily travel to many of the important cities of Punjab as well as rest of India. Although public transportation merely constitutes of auto rickshaws, but since auto rickshaws are present in pretty good numbers here, public transportation in this town functions very smoothly. This fact must be sufficient enough to tell us that local commuters here hardly face any problem in getting auto rickshaws.

Ajnala at a glance

Comments / Discussion Board - About Ajnala